3rd Annual CV Indie Film Awards will commence on Monday October 7th , 2019 at JPL,39001 Monterey Ave, Rancho Mirage, CA, 92270, 4:00 pm PST, many talented independent filmmakers and actors from all over the nation will show up and show off their formal best as they anxiously await the magical words, “and the winner is”. The red-carpet step and repeat ceremony will wrap at 5:00 pm followed a formal buffet style dining experience. At 6:00 pm promptly, the show will begin with an electrifying performance by The Universal All Star Band and special guest, Stanley Butler.

Tickets to "The 3rd Annual CV Indie Film Awards" are now available and costs $35.00 per person (including children). Tickets include awards show, live entertainment and buffet style dinner (both non-vegetarian and vegetarian options). Seating is limited.

The CV Indie Film Awards will be honoring the cinematic achievements of Indie Filmmakers, Actors/Actresses from the Coachella Valley, all over California & surrounding states at this upcoming event.

A pre-party celebration to the 3rd Annual CV Indie Film Awards is set a take place at Wangs in The Desert , 424 S Indian Canyon Dr, Palm Springs, CA 92262 on Thursday October 3rd, 2019 at 6pm to 9pm. RSVP to cvindiefilmawards@gmail.com.

Popular posts from this blog 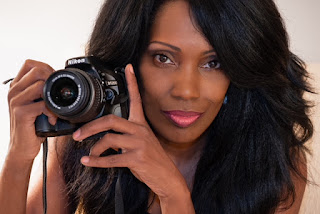 Article by: Joyce Writings GinaCarey is a multi-talented and successful African American Filmmaker based in Palm Springs which is located in Coachella Valley, California. Having lived and worked in Palm Springs, Coachella for eight years, she is unarguably the first African American woman in the Filmmaking industry in Palm Spring. She is known for movie productions like Acts of Kindness , Rose England , The Assumptions, Aspire to Inspire and a couple of other movies which air on Amazon Prime, Youtube, Vimeo and her official website, www.ginacareyfilms.net . Before Gina began Filmmaking GinaCarey started out as a recording artist in 1996, with three of her singles at number one on the UK charts. Her first number one hit was in 1996 with two of her singles and 2011 with a single. She has had over 12 musical albums so far. Gina’s activity in Coachella Gina’s success isn’t overnight. Since 1996, Gina has had a progressive career which has earned her a couple of aw
Read more 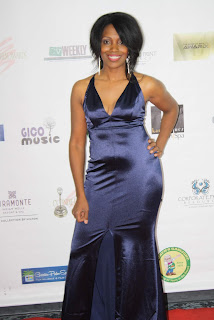 AGE TO AGE written  by:Veronica Ogunbolarin All through the era and genre, history is made continuously in the American movie industry, Hollywood – The oldest film industry where several styles of movies and production companies emerged. Several prominent actors, directors, editors, and filmmakers have come up to hold the mandate and will to create the perfect atmosphere during the period of movie production.   Every one of these people has their roles to play for the successful completion of any movie from the Storywriter to the Director and then the Actors. Let’s not forget the Cameramen and Editors too; they are all essential parts of the process. Despite each cast and crew have their specific roles to play during movie productions, some people have two or more job descriptions such as the filmmakers- In layman’s terms; anyone who can tell a story with a camera. However, don’t we all have a story to tell? It is how we show them that determine people’s reactions, whet
Read more